Get fresh music recommendations delivered to your inbox every Friday.
We've updated our Terms of Use. You can review the changes here.

Survival of the Fittest

by Legends of Motorsport 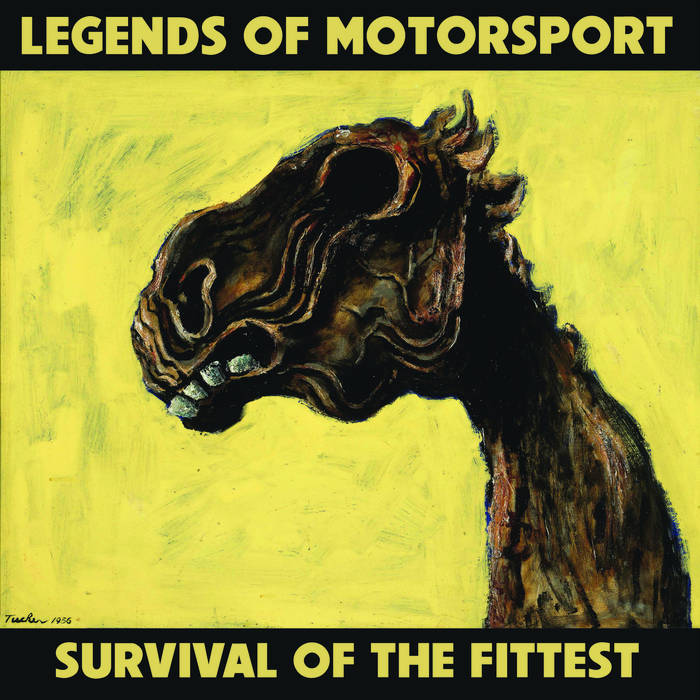 This Is Our Sound

The undisputed champions of Melbourne fuzz, Legends Of Motorsport return to the skidpan with new album Survival Of The Fittest.

With modern music (and transportation) getting safer all time, Australian Rock n’ Roll needs our reckless burnout heroes more than ever. And in a grey soup of tyre smoke, twenty-one years into a storied career of blowing minds and eardrums in equal measure, Legends Of Motorsport grace us with their fourth album Survival Of The Fittest.

The follow up to 2009’s Yeah Uh Huh, Survival Of The Fittest was and mixed by long-time co-conspirator Sloth at Headgap Studios, and sees Legends members Jean Claude Vangelis, 2Stroke, Richard Fyshwick and Thomas The Wank Engine at their rocking best, from twisted doo-wop inspired balladry to frenetic, gas-guzzling garage sludge to the dada psych of closing track The Grrr.

Formed in the fertile lean-to that was North Hobart in the mid-nineties, Legends of Motorsport have become stalwarts in Australia’s scene, having played Big Day Out and Meredith Festivals and supported Queens of the Stone Age, The White Stripes, Mudhoney and Beasts of Bourbon.

The Legends’ brand of nasty low end fuzz, combo organ, bombastic drums and sheer detonation of sound have both delighted and damaged punters over the years, and their live shows are a blistering testament to the joys of excess and the temporary nature of guitar amps.

Every bit as rocking as 2009’s acclaimed Yeah Uh Huh, Survival Of The Fittest expands the Legends’ palette, fusing influences from post-war R&B to drone doom with their Monks meets Melvins sound, resulting in their most diverse album yet.

Legends Of Motorsport launch Survival Of The Fittest on Saturday 7th May at The Tote Hotel with supports The Electric Guitars, The Bowers and Claire Birchall & the Phantom Hitchhikers. Limited colour vinyl pre-orders available from Wednesday, May 20th via cobrasnakenecktierecords.com - Hop in.

Bandcamp Daily  your guide to the world of Bandcamp